There has been much debate on the pronunciation of Missouri all throughout recent history, perhaps long before that. The spellings in early documents and comments made in print since the late 1600s indicate the existence of considerable variation in the pronunciations of all three vowels and the medial consonant in the word Missouri.

The state name has most publicly been pronounced in distinctively different ways by many politicians, but the pronunciation differences aren’t limited to just politicians.

Where does this difference in pronunciation come from? Is there any “right” or “wrong” form of the word? Let’s take a look further into the topic.

Conflicting Theories on the Pronunciation Split

There are scholars who believe that the word Missouri comes from the Illinois Indians. Supposedly, they used this word to describe a neighboring tribe. The term roughly translates to “one who has a canoe.” However, there are conflicting reasons put forth by different scholars for the split of the word into the variations there are today.

The Origin of “Missouri”

The origin of the word “Missouri” dates back to the native Indian Tribes that first inhabited the land. There was originally a Siouan tribe living near the Missouri River, and it has been found that they did not use the term “Missouri” prior to borrowing it from French voyageurs. Supposedly, a neighboring tribe from a different language family was the source of the name.

Explorers by the names Jacques Marquette and Louis Jolliet were exploring the Mississippi Valley in 1673, and Marquette used the names ɣemessɤrit for the Missouri Indians southwest of the Peorias on the west side of a tributary of the Mississippi River.

The term ɣemessɤrit, in the Illinois Language, meant “one who has a canoe.” It is a common assumption that this term was used because the Siouan tribes used big canoes carved from logs wheels the Peorias used smaller canoes made of birch-bark. The Missour- part of the word Missouri is said to consist of lexical roots that translate roughly to “big” + “watercraft.”

According to McCafferty (pers.com., 2002), the root of ɣemessɤritis a composite consisting of /mihs/ ‘big’ and /uːr/ ‘watercraft’, and the spoken form would have ended with /i/, indicating an inanimate noun, thus /mi’hsuːri/.

Which pronunciation is correct?

One of the biggest debates surrounding this interesting difference in pronunciations surrounding the name is the question on which is the correct versus incorrect way to pronounce “Missouri.” While some say Missour-ee and others say Missour-uh, Charles Gilbert Youmans claims that neither pronunciation can be undeniably deemed “correct.” Youmans is a professor in the College of Arts & Scene department of English at the University of Missouri. He claims that the state’s pronunciation intertwines with the indigenous English and French cultures that have inhabited the region (the history of which is explained above).

Youmans confirmed that French Explorers were the first Europeans to use the term “Missouri” and that English speakers borrowed the term from the French. “This is probably the source for the Missour-ee pronunciation , since that is how French speakers would pronounce the final-i,” Youmans said. However, based the French spelling, Youmans’ guess is that the French pronunciation of the name would have originally been similar to “Mi-ss-oo-ree.”

Another MU English Professor, George Pace conducted research that helps explain how the Missour-uh pronunciation originated. According to his findings, the pronunciation evolved from the spelling of the English form of the word, “Missour-eye.” However, over time, the “eye” pronunciation became closer to “uh” which is the default vowel for unstressed syllables in English.

Another professor at MU, Gordon, says that according to his research, the pronunciation “Missour-uh” is more common in Kansas City and St. Joseph areas. The pronunciation can also be heard in southern portions of the state and rural areas.

There are many conflicting theories on what caused the split in pronunciation concerning the name “Missouri.” However, what we do know is that the name originated from French Explorers and it was borrowed by native English-speakers. This borrowing of the word and the transition of it from a French origin to the adoption of it into the English Language may be a large part of the reason why there are so many different pronunciations of not only the last syllable in the word, but also the interior syllables.

How do you pronounce Missouri? Did you know about the historical origins of the word? Do you still believe there’s a “right” and “wrong” way to pronounce “Missouri?” 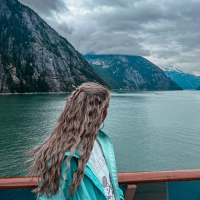